The fall only plays drums

"His name was Mars and he had decided to do it. Everything would end soon. He had designed them to perfection. Or so he thought.

"His name was Mars and he had decided to do it. Everything would end soon. He had designed them to perfection. Or so he thought. A fall, a collision, a dissolution. And after; Nothing? Or everything?

The rocks formed a serrated frame in the seascape that stretched to the horizon. Man nobody in sight. The car behind him was left with the door open, like an abandoned pendulum waiting for him or shouting at him to turn back. "

An adventurous novel, which fascinates the reader to the last page. Intense love scenes and extreme emotions. The dividing line between love and psychopathy is becoming increasingly blurred. An alternative look at the deeper, dark paths of love.

(From the presentation on the book backcover) 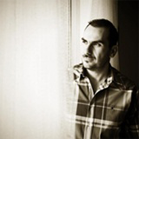 Vassilis Konstantinidis was born in Kozani. In 2000 he settled and lives in the center of Athens. He is a graduate of the Medical School of Athens and works as a doctor in a private clinic. His goal is to acquire the Psychiatric Specialty. The short story "The fall plays only dross" is his first complete attempt at writing.

This page cookies for its operation and external services to improve the experience. The cookies and services mentioned and how it affects your visit are listed on the left. You can make instant settings. Your choices will not affect your visit.

NOTE: These settings will only apply to the browser and device you are currently using.

Required in order to be able to use our online store.

We use logging through Google Analytics, purely for the purpose of improving the functionality of our website.